By Jonathan on April 9, 2016 in Granite Parke, Neighborhood Projects 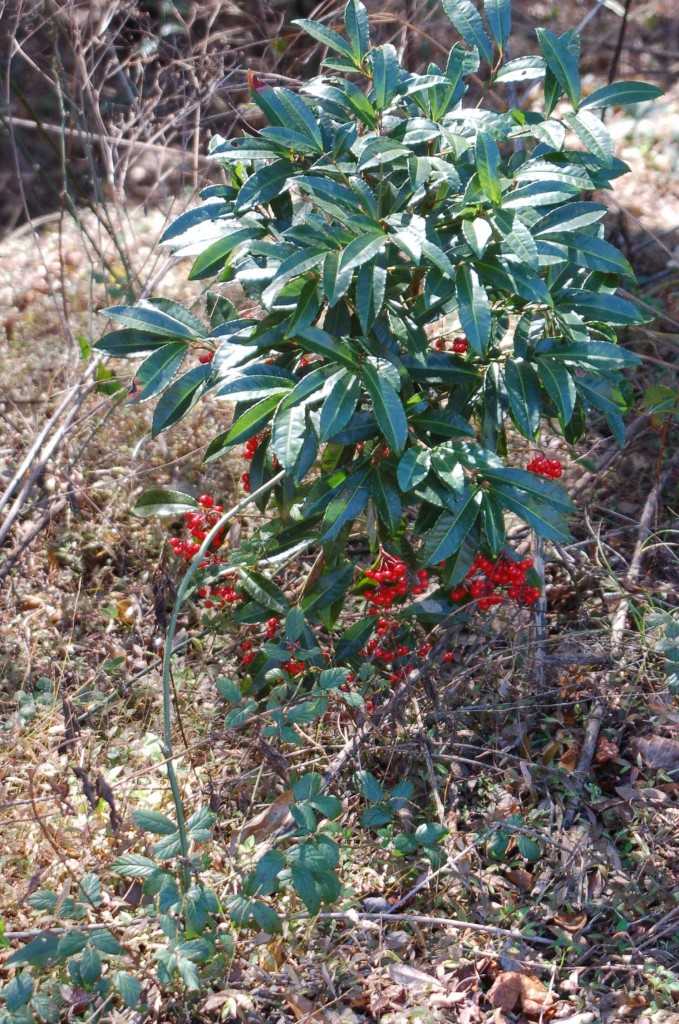 On Sunday, 21 February 2016 a small group of people met at the big pond on the south side of Granite Parke to begin removing a noxious plant called coral ardisia (Ardisia crenata). This is a pretty plant that has been sold in plant nurseries as an exotic shrub. This plant has dark green, waxy leaves present year around and it produces pretty red berries. It is included on the number ONE noxious plant list in Florida due to its reproductive potential. It will take over areas with ease. It is not poisonous. It is resistant to herbicides  and will come back after burning, so the only potential way to control it is to dig it out or pull it out when it is small and then properly dispose of it. The main bushes were removed and the berries and roots were discarded in the regular trash (correct place for it not in the garden/yard waste option).

The crew that worked on the patch in the southeastern most area of the big pond included Chrishna Johnson, her three children-Garrett,  Holden, and Ryleigh, Casady Gaines, and her son Jack, and many of his high school friends – Grant Pita, James Leber, and Blake Beltz, Liz Bailey and Ellis Greiner. The high school students will receive credit for their community service needs for Bright Futures scholarships. 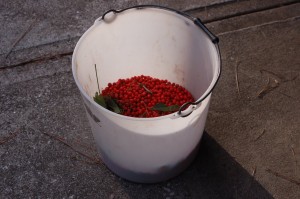 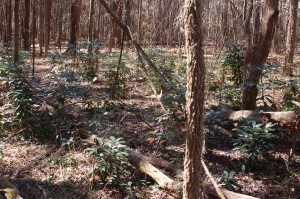 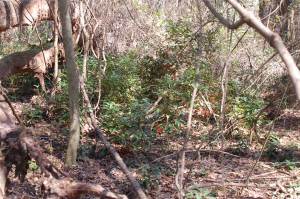 There is much more to be removed from the area behind the point of land. 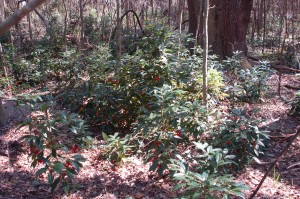 On Sunday 28 February we again met and began harvesting the large populations of coral ardisia on the point. This team of folks included Casady, Grace, and Jack Gaines, Gary Clark, Nancy Carswell, Terry Andrews, and Ellis Greiner and we removed a large number of the plants, but there is still a huge population of the plant present.

As a professional biologist, I can see that we will have to continue to harvest this plant in years to come. The accompanying photos indicate what was done and some of the harvest and they should give you an indication how invasive this plant can be.

If you see any of the folks who helped this year, please thank them for their efforts.

Jonathan Culver is the current President of Granite Parke Residents Association.
View all posts by Jonathan → 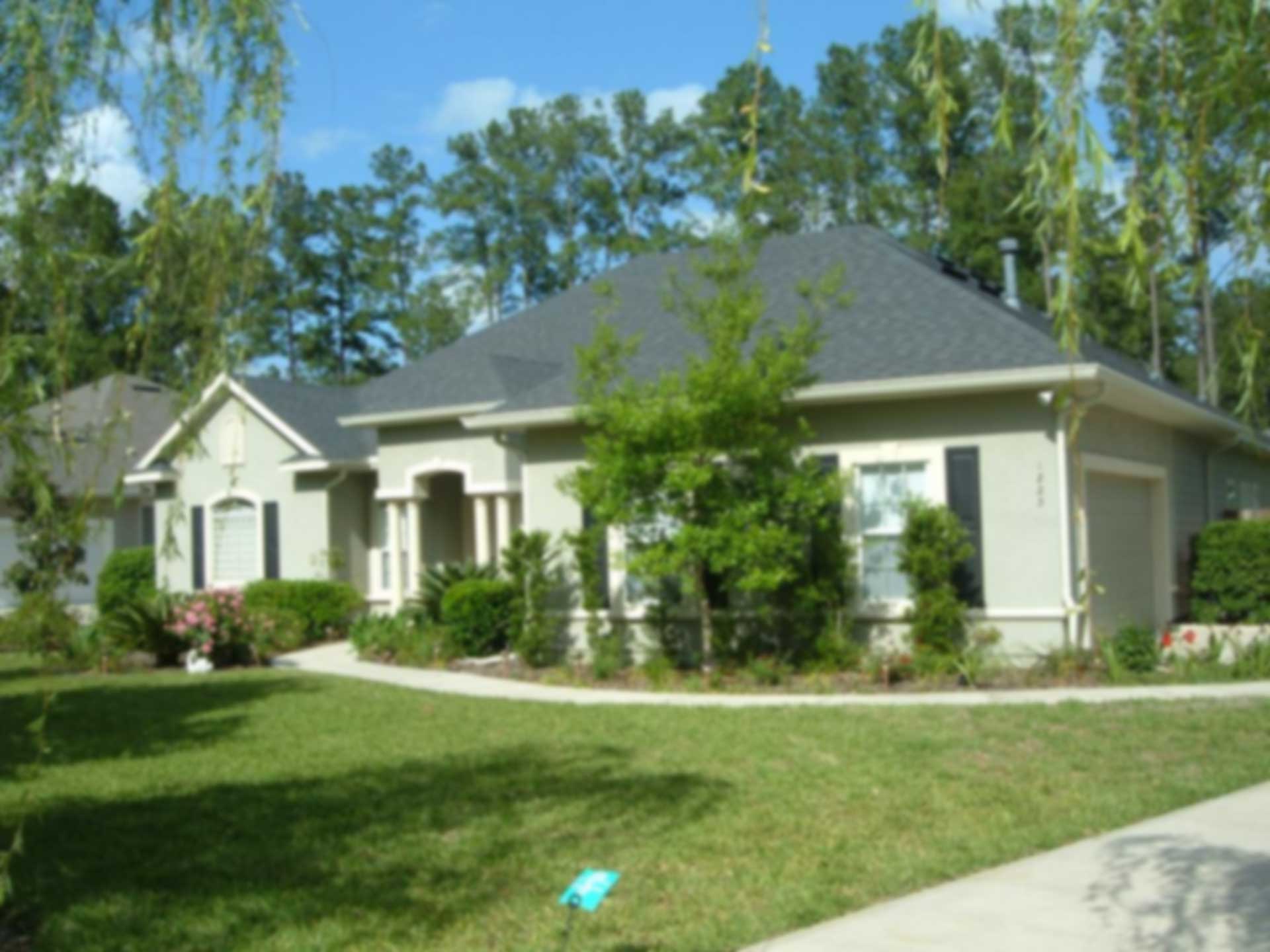